Why You Need to Visit Colombia Immediately 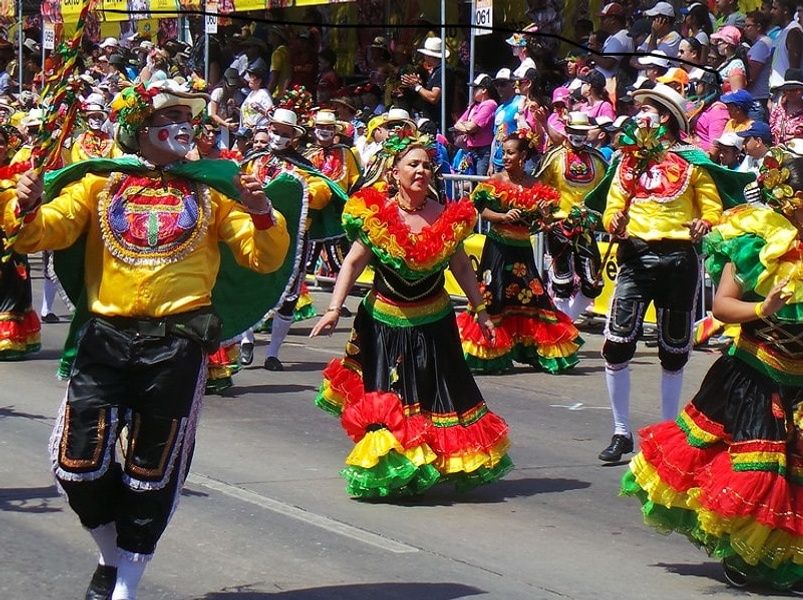 The country is packed with incredible things to do all year round. Find out what’s going on in Colombia in every season, and be sure to drop us a line with any questions or to start planning your customized Colombian adventure!

Colombia in the spring

Colombian Easter is not your grandma’s Easter

Holy Week in Colombia, also known as Semana Santa, is one of the busiest and most action-packed weeks of the year. It’s incredibly important to the predominantly Catholic nation, and many different traditions are celebrated. From a day trip from Bogota to Easter Mass at the Zipaquira Salt Cathedral to the Holy Week processions in Popayan or Santa Fe de Antioquia, you’re going to be knee-deep in feasts and unique cultural extravaganzas.

In Cartagena, Easter also falls around the same time as the Cartagena International Film Festival, a highlight for film fans across the world. As one of the most important weeks in Colombia, it’s also one of the most popular travel periods in the nation, which only adds to the excitement. Have one of our local trip planners make build you a custom guidebook that’ll take you through all the incredible things to do in Colombia at one of its peaks.

Get acquainted with indigenous culture at May’s Wayuu Festival

Dating back to the late ‘80s, the Wayuu Cultural Festival is held every May in the city of Uribia and is one of the most important annual events for the indigenous Wayuu tribe of Colombia. Uribia is often called the “Indigenous Capital of Colombia” and the festival brings together many people of native ancestry. The Cultural Festival runs for four days and features some amazing events and activities, including games, dances, musical performances, opportunities to learn more about the Wayuu people. The highlight of the festival is the crowning of a woman who stands out from the rest of the community due to her knowledge of Wayuu customs and culture.

Colombia in the summer

There’s nothing better than relaxing on a Colombian beach

The beaches of Colombia are among the best in the world, with some of the most beautiful views and nicest weather you can imagine—and during the summer they’re better than ever. Just a short trip from Cartagena you can find some of the nicest beaches in Colombia, like the nearby Playa Blanca, the world-renowned La Boquilla, or the unparalleled Rosario Islands. Ask a local: Colombia’s shoreline belongs on any travel itinerary.

Medellin is one of the most popping cities in Colombia, and getting there during the annual Flower Festival held every August is a must. Also known as the City of Eternal Spring, Medellin especially earns its reputation during this week-long celebration of its local flower industry. Over the years the celebration has grown to include a horse parade, concerts, a beauty pageant and more. Second only to Barranquilla’s Carnival, the Festival de Flores often ranks as one of the most enjoyable events of the year.

Colombia in the fall

One of the most important events in Colombian history happened on November 11th, 1811, when the city of Cartagena became the first place in Colombia to declare independence from Spain. Then one of the biggest cities in South America, Cartagena’s independence was one of the key events of South American history and is celebrated every year. While there are festivities across the country, Cartagena is the place to be. Parades and music are rampant, but maybe the most important event is the crowning of Miss Colombia.

Colombia in the winter

End your year in Medellin with a Christmas light spectacular

Christmas time is a big deal for Colombia, and the people of Medellin go hard for the holiday season. Every year, Medellin’s utility company EPM organizes one of the world’s biggest light shows. Recognized by National Geographic, in December Medellin is bathed in light from the river to over 100 locations through the city.

Last but certainly not least is the Barranquilla Carnival, held late every winter in Barranquilla. The Carnival is the second-largest in the world and one of the most adored annual events in the country. Taking place in the four days prior to Ash Wednesday, the Carnival dates back centuries and features incredible costumes, parades, events, and parties. It’s one of the most beloved cultural experiences in Barranquilla, and a must-attend—so ask your Hero to plan your trip!

If you want to know anything about any of these phenomenal activities, feel free to contact us to learn more about what makes Colombia so special. And before your trip, make sure to check out: 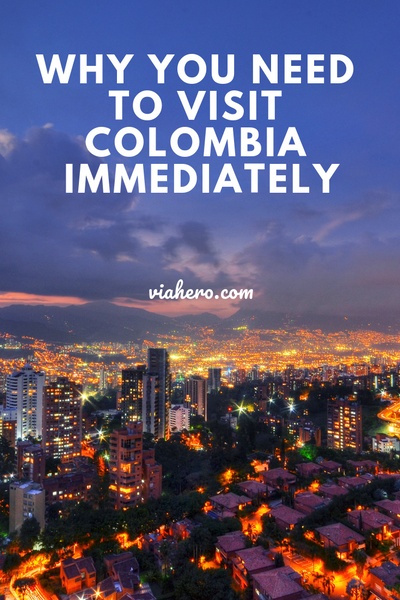