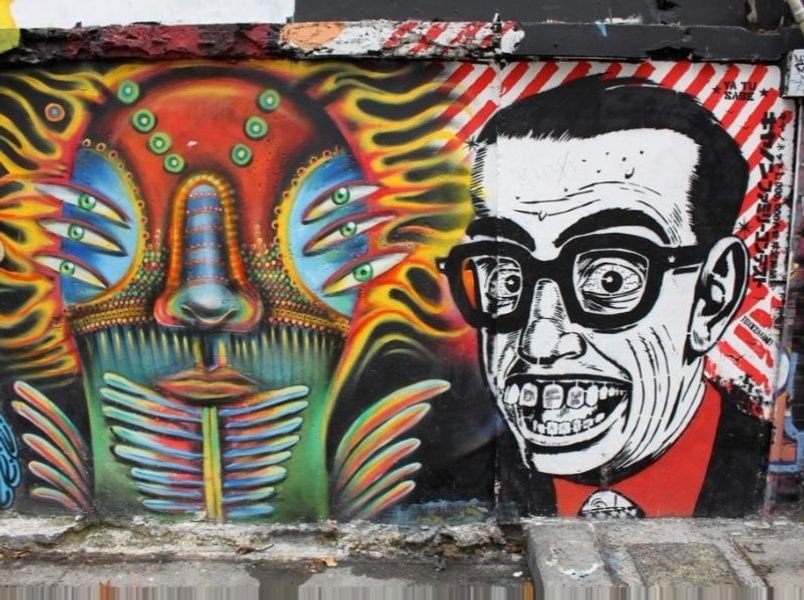 With Bogota’s perilous days quickly fading into memory, there’s never been a better time to experience all the charms of Colombia’s capital. And for those in the know, that means a look into Bogota’s unparalleled graffiti. Keep reading for the history behind Bogota’s thriving street art scene and to learn where and how you can experience it for yourself. Afterward, have one of our local Colombian experts create a personalized map of the artwork just for you or message us directly with any questions you have.

Graffiti is actually legal in Bogota

The main reason Bogota hosts some of the best street art in the world is simple: graffiti is essentially legal. Though the city’s graffiti scene was already flourishing by 2011, it wasn’t until the death of 16-year-old Diego Felipe Becerra—known on the streets as Tripido—that street art was officially decriminalized. On August 19th of that year, Becerra was shot by a policeman who tried to paint the child’s crime—graffiti—as an armed robbery. After massive public outcry and public condemnation by the UN, Mayor Gustavo Petro legalized street art; and while monuments and landmarks can’t be defaced, the maximum penalty for creating graffiti elsewhere is a measly fine. To that end, street art has not only made Bogota safer—it’s given birth to one of Colombia's most breathtaking highlights as well.

Where to see Bogota’s best graffiti

The oldest neighborhood in the city, La Candelaria is Bogota’s beating heart. Here, many property owners actually commission artists to paint murals on the sides of their buildings to prevent random tagging by other artists and to limit police interference. To that end, La Candelaria’s art scene is bursting at the seams—which is why many “graffiti tours” take place here. However, to bypass the crowds, we’d recommend asking one of our Heroes to map out the best street art for you. With vibrant murals to bubbly and humorous political statements, there’s definitely something every type of Colombia traveler can appreciate.

Teusaquillo (pronounced teh-oo-sah-kee-yo) is one of Bogota’s most contemporary neighborhoods, which makes sense since it’s right next to the hipster-fabulous hood of Chapinero Alto. As home to the National University of Colombia, the area has also become a diverse melting pot of immigrants and Colombian natives alike. Teusaquillo has also been the locale for Noche en Blanco (or White Night), a huge international contemporary art festival during which parks, churches, and schools open up their spaces to showcase local multimedia artists, musicians, and theater performances. While the last one in Colombia took place in 2015, you can still enjoy the street art in this booming barrio. Whereas La Candelaria shows a more comical and colorful view of Bogota, Teusaquillo is known to feature darker, more polychromatic illustrations that portray the struggles of Bogota’s turbulent history.

Bogota’s street art keeps growing, not only in amount but also in size. Some of the city’s biggest and best murals are located on Avenida El Dorado, also known as Calle 26. So if you’re wondering what would make your Colombian itinerary unlike any other travel experience, you definitely need to take a bus, car, or Uber along this major, modern Bogotano highway. The thoroughfare connects the center of the city to the north, east (where the main El Dorado International Airport is located), and west sides of the metropolis. All along these roads, you can see incredible murals creatively placed inside tunnels, along walls, and on the sides of surrounding buildings. Similar to that of Los Angeles, a lot of the street art here is a mixture of tagging and tributary imagery. The murals along this avenue are something you certainly shouldn’t miss in Colombia.

Though it can be somewhat grittier than a few of Bogota’s other neighborhoods, Santa Fe is one of the most powerful places to visit in Colombia as its street art stands out so dramatically. Located in downtown Bogota, this barrio is also known for being the city’s red-light district—so the art you find here is sure to make a statement. Feminist artists have been known to paint the area with powerful political graffiti in response to Latin America’s lingering issues with sexual violence; additionally, Santa Fe was the preferred canvas for the prolific Bogotano graffiti veteran Gauche during the Urban Revitalization Festival in 2015.

Bogota has 5,000 pieces of street art to see and even new ones are being added every week. Contact one of our local trip planners to make sure you don’t miss out on any or message us directly with any burning questions you have! And before your trip, make sure to check out: 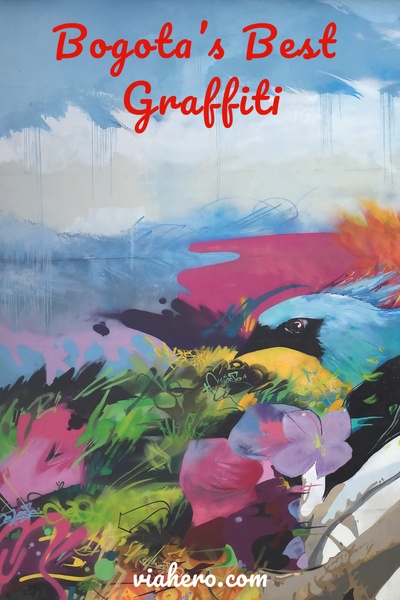