The 12 Best Things to Do in Dingle Ireland 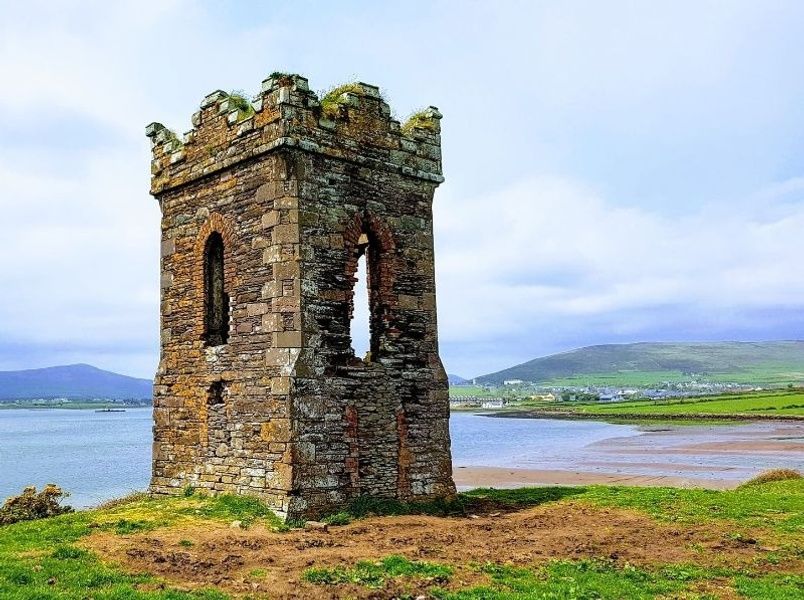 The town of Dingle is so far west that residents like to joke that the next town over is Boston. Maybe so! But pub-filled, seaside Dingle is quintessentially Irish. These are the 12 best things to do in Dingle, from visiting with its friendly harbor dolphin to exploring nearby ancient sites to enjoying local spirits.

If you want to see the real Dingle—and not just the places that make Internet lists—connect with a Dingle local to plan your trip. Why see Ireland like a tourist when you could see it through the eyes of a local? Learn more.

Although the locals of Dingle are warm and welcoming (and you should definitely get local advice on what to do in Dingle) the town’s most famous resident actually lives in Dingle Bay. Fungie the bottlenose dolphin first appeared in the harbor in 1984—he loves humans, and frequently appears alongside fishing boats to say hello. The best way to spot Fungie? Sign up for a Dingle Dolphin boat tour. If Fungie is feeling shy, the tickets are free!

Pro tip: Fungie may be the only dolphin in Dingle Bay, but you won’t have to go far to see more ocean wildlife—including whales! Not many people know it, but whale-watching ranks among the best things to do in Ireland.

Another one of the coolest things to do in Ireland: exploring the country’s rich history. And Dingle offers plenty of opportunities to do so. About twenty minutes west from Dingle is a cluster of beehive-shaped huts that probably date from the 8th–12th centuries. You can even duck inside for a stark look at how ancient people once lived.

To go even further back in time, zip 15 minutes north to the Gallarus Oratory—one of Ireland’s best-preserved early churches. Despite being constructed between the 6th and 9th centuries, it’s in really good condition—still waterproof!—which gives visitors an idea of how early people went about building structures. If you climb out its back window, legend claims that your soul will be cleansed. Unfortunately, the window is not quite big enough for a person. Alas!

#3: Raise a glass at Dingle Distillery

If exploring history is on one side of the metaphoric Irish coin, then drinking is on the other—and one of the best things to do in Ireland is to enjoy local spirits! In Dingle, start at the Dingle Distillery. Walkable from the center of Dingle, the distillery produces local whiskey, gin, and vodka. Only around since 2012, it's part of a country-wide trend of distilling local spirits. We’ll raise a glass to that!

Pro tip: Don’t miss out on Dingle’s locally brewed beers! Have an ale from Dick Mack’s Brewhouse while you’re in town.

Pubs. Pubs upon pubs. Dingle’s happy influx of historic bars is one of the many reasons why it’s among the best places to stay in Ireland. Despite a population of about 2,000, Dingle is home to 50 pubs. So let’s do that math...that’s 50 pubs...for 2,000 people...so one pub for every forty people in Dingle. With such a bounty, definitely ask a Dingle local which pubs you should check out—maybe all 50—but we’d recommend swinging through Foxy John’s, which is half, pub, half hardware store. You can even rent bikes there!

#5: Take a ferry to the abandoned Blasket Islands

If you’re really looking to get off-the-beaten-path in Ireland, take a ferry to the abandoned Blasket Islands, off the coast of Dingle. The islands have been uninhabited since 1953—when the last of the islands’ 22 residents followed government orders to move to the mainland. Today, it’s an idyllic place to go for a hike, to wander the sandy beaches—if you’re brave, to take a dip in the chilly Atlantic Ocean—and look out for birds, whales, dolphins, and other wildlife.

Pro tip: Interested in isolated Irish islands? One of the best things to do in Galway is hopping on a ferry to the Aran Islands. Unlike the Blasket Islands, people do still live there!

#6: Explore Dingle Peninsula (via car, bike, or on foot)

Aside from friendly wildlife and amazing pubs, Dingle is one of the best places to visit in Ireland for its easy access to incredible nature. So go exploring, y’all! If you’re on foot, walk the magnificent Dingle Way—this one is for serious walkers, as it takes 8-9 days to complete the whole path.

If you do have a car (or a bike), definitely check out Slea Head Drive, which begins and ends in Dingle. About thirty miles long, Slea Head will take you along some of Ireland’s most beautiful routes—so be sure to add time to your itinerary for stops along the way.

Pro tip: Although guidebooks are packed with things to see along Slea Head Drive, see what locals say about the *actually* cool stuff to check out.

Dingle is a harbor town! So don’t miss out on all the water-related activities. Aside from befriending Fungie, you can sign up to go sea kayaking or sign up for a surfing lesson (psst—your local trip planner can help set up these activities).

If the mere thought makes you seasick, don’t worry—you can enjoy all of Dingle’s seaside glory from land. Just head to the Dingle Oceanworld Aquarium, which is Ireland’s largest aquarium. Say hello to its resident sharks, penguins, and otters.

Pro tip: If you’re into ocean activities, then check out our article on the best things to do in County Cork—southeast of Dingle, Cork is full of gorgeous seaside towns like Kinsale and Cobh.

#8: Wander one of Dingle’s beautiful beaches

And yet another reason why Dingle is one of our favorites—the beaches! (This place really has it all). Sandy Inch Beach is especially popular in the summer, but it’s just as gorgeous (and much less crowded) during the colder months. Coumeenoole is another favorite—west of Dingle, it’s a popular stop along Slea Drive. A sandy inlet surrounded by majestic, sweeping cliffs, it’s no wonder why.

#9: Have an ice cream cone at Murphy’s

Although it’s only been around since 2000, the ice cream at Murphy’s is already as beloved as many of Dingle’s more ancient treasures. The explicit goal of Murphy’s is to make the world’s best ice cream, and according to outlets like Food & Wine, The Discovery Channel, and National Geographic, they’re well on their way. The secret? Milk from County Kerry cows. That, and unique flavors like Dingle Gin, Irish Brown Bread, and Dingle Sea Salt.

Pro tip: No time to try Murphy’s in Dingle? No worries. Since opening in 2000, they’ve started to expand throughout Ireland. So add it to your list of the best things to do in Dublin, Killarney, or Galway.

Among the many stone structures along the Dingle Coast, the Eask Tower is not among the oldest—but it does provide one of the best views. The tower was constructed in 1847 to guide ships into the harbor (and to give victims of the Irish Famine much-needed work).

Today, visitors can pay a couple of euros to climb to the very top. (The easy four-mile hike is pretty lovely as well—it takes you through fields full of grazing sheep.) If you fall in love with the view, then definitely check out nearby Hussey’s Folly and the Dingle Lighthouse.

Pro tip: Chasing good Instagram pics all over Ireland? Exploring historic lighthouses is one of the best things to do in Donegal.

For those in search of a more arduous hike, check out Dingle’s Mount Brandon, one of the highest peaks in Ireland. Choose from one of two routes—one takes about 3-4 hours, the other 4-5—and pack good walking shoes. The trails can get muddy after a good rain, which is not unheard of in Ireland! Whatever you do, definitely ask your Irish local about their favorite parts of Mount Brandon to visit, and if there’s anything you should know before undertaking the hike.

#12: Enjoy the freshest seafood of your life

With hundreds of miles of coastline, it’s no wonder that one of the best things to do in Ireland is to devour all the seafood you can. And Dingle is no exception! Ask a local for their favorite seafood joint in Dingle—we love Doyle’s Seafood Restaurant and Out of the Blue, whose motto is: “No chips. Nothing frozen. Everything fresh or alive.”

To see the *real* Dingle (and not just the guidebook version) connect with an Irish local to plan your trip. They’ll take you beyond Internet lists by suggesting activities that the locals love—whether that means enjoying an ale at their favorite pub or taking a road trip to a well-loved beach. In fact, they’ll design an entire itinerary full of local favorites. Why see Ireland like a tourist when you could see it like a local? Learn more. 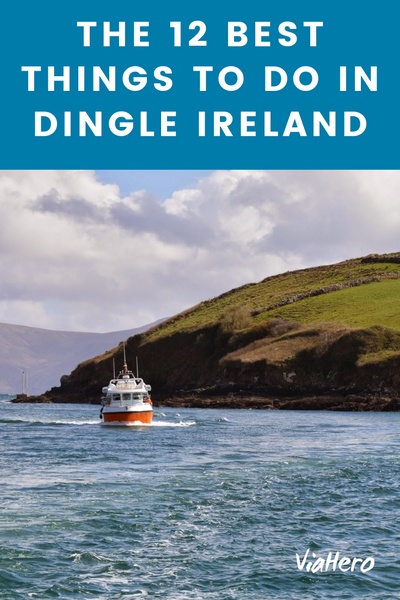