×
See The Philippines like a local. Work with a local to plan your trip.

Transportation in the Philippines: The Complete Guide 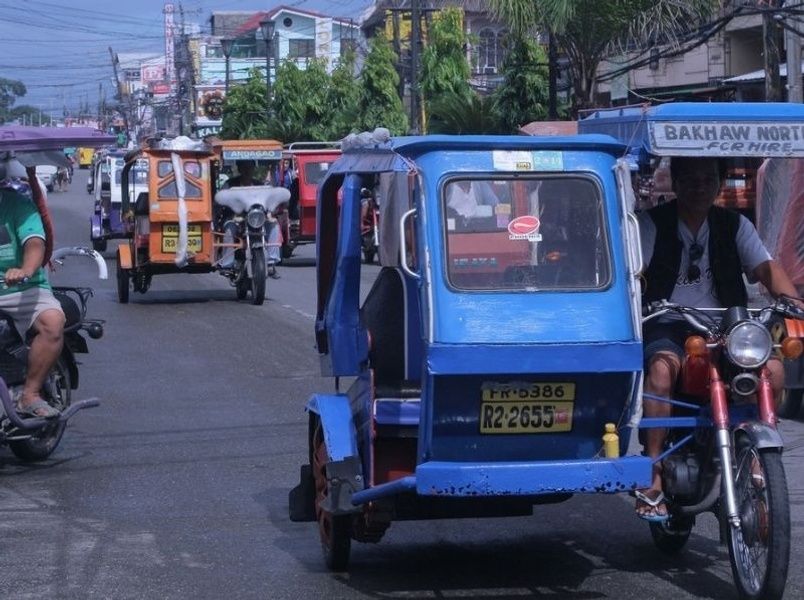 Ready to travel through the Philippines but don’t have the actual travel part down yet? Well, first of all, good call—the Philippines is dope and you should definitely travel there. Second of all, you’re not alone; figuring out transportation in the Philippines can be tough! That’s why we’ve put together this guide to Filipino transportation. Don’t worry, little bird. We’ve got you covered. Shhh. It’s going to be ok.

Note: Travelers must complete a Health Pass on a Philippine government website, or they can opt for an expediting service like iVisa, which streamlines and simplifies the process for a small fee.

Want to travel through the Philippines like a pro without sticking to the tourist spots? Have a Filipino local help plan your trip. They’ll give you the insider info you need to easily get from point A to point B. Learn more.

Since it’s made up of over 7,000 islands, the Philippines is not a train-heavy nation. That means coach buses are going to be your best bet for getting city-to-city. There is a small light rail system in the Manila metro area (called the Light Rail Transit System or “LRT” for short), but it’s notoriously inefficient.

If the phrase “coach bus” conjures up images of battered Greyhounds, you’re way off the mark. Because coaches in the Philippines are the primary means of intercity transit, many popular bus companies actually feature onboard attendants (think flight attendants, but, you know, on a bus) as well as entertainment centers, posh seats, and other comfy accouterments. You could book transit on a Greyhound-style clunker without a/c… but with the exchange rate, why would you?

Just keep in mind that there’s no central bus company, so stations are rare

There’s no one central bus company in the Philippines, so central bus stations are uncommon. That means you need to know which company you want to take, what bus to get on, and where to catch it—without a station agent to help you. Our advice? Connect with a Filipino local for help when you’re planning your trip. They’ll help you figure out the who/what/where/when of bust transit and walk you through the entire process. Plus, if you get on the wrong bus, they’ll be available with 24/7 phone support to help you figure it out.

Domestic flights are a great option as well

If you’re thinking about island-hopping through the Philippines (and let’s be honest, why wouldn’t you?), plan on taking some domestic flights. They’re super-cheap (xoxo the exchange rate), they’re quick, and many of them go through Manila. That last part may or may not be a perk for you depending on where you’re trying to travel, so keep it in mind when you’re navigating your flights. And again, a Filipino local trip planner can help you figure out the most efficient way to get wherever you’re going (and recommend a ton of amazing local gems along the way).

There are 3 main airlines for domestic flights

Philippine Airlines, Cebu Pacific Airlines, and Philippines AirAsia are the 3 main carriers when it comes to domestic flights through the Philippines—although many smaller airlines operate throughout the country, usually in more specialized routes or locations.

Take the ferry between islands!

If you’re planning on going to some of the Philippines’ outlying islands—and again, if you go to the Philippines and don’t hit the remote beach islands, you’re being straight-up stupid—you can ditch the budget airline and take a ferry instead! Dozens of ferry companies operate between islands all over the country—just talk to your local before you book tickets, since they can really vary in quality.

Taxis are widely available throughout the Philippines (but beware of scams)

You can catch a cab just about anywhere in the Philippines, but they’re only one of many available options when it comes to local transportation (read on for some of the more colorful and authentic choices). Just remember: while taxis in the Philippines are quite inexpensive by US standards, Filipino cabbies are widely known to scam tourists. Our advice: make sure your driver uses the meter (they’ll often claim it’s broken so that you’ll have to pay a larger lump sum) and don’t be afraid to pay and get out if you think your driver is going the wrong way to run up the meter.

There is no Uber in the Philippines—use Grab instead

Sorry, millennial minions—Uber doesn’t operate in the Philippines. Instead, Filipinos use an app called Grab. It works the exact same way as Uber, but it’s actually known to be a much better platform for both drivers and passengers. Progress.

Our advice: take advantage of these options to get around. They. Are. Awesome. Here are some of the most popular choices:

Jeepneys are old military jeeps left over from the US occupation of the Philippines which have since been converted into colorful, uniquely-Filipino private buses. They’re cheap (usually around 7 pesos or $0.25 per ride), they’re everywhere (you don’t need any sort of qualification or license to own or operate one), and they’re probably the most popular form of mass transit in the Philippines (even though they’re not particularly comfy).

More than anything though, Jeepneys are colorful. Owners take lots of pride in their rides, and it’s common to see extravagantly-painted jeepneys on most major roads. Where do you catch a jeepney and where do they go? Make it easy on yourself: have your local trip planner integrate at least one jeepney ride into your itinerary—they’ll give you all the info you need.

No, we’re not talking creepy The Shining tricycles here—we’re talking motorized single-seat taxis. Been to Thailand? Think tuk-tuks. They’re fun, they’re everywhere (seriously, Manila’s streets are crammed with them), and they’re a Filipino institution you have to experience at least once.

Roughly translating to pigs—uh… “fornicating”, the habal-habal is a hilariously unsafe Filipino phenomenon. Essentially a motorbike with the seats extended so it can “accommodate” 5-6 riders, these “high-occupancy” vehicles are mostly seen in the countryside—though they occasionally appear for hire in cities. We can’t actually recommend riding a habal-habal, but they’re definitely cool (and ridiculous) to look at.

Kalesas (sometimes spelled “calesas”) are two-wheeled horse-drawn carriages. You can find them in Manila’s Chinatown, as well as in various other cities throughout the country. Should you use one? Eh, up to you—just make sure the horse looks healthy.

So what’s the best way to get around the Philippines? It depends on where you’re going, what your budget is, and how fast (and/or dangerous) you want your ride to be. The only thing to remember for certain: it’s always easier to get around when you’ve got some insider help from a local. And our Filipino locals are the best in the business when it comes to planning trips!

No one knows transportation in the Philippines like someone who *actually* lives there. To navigate the islands like a pro, connect with a local to plan your trip! They’ll design an entire itinerary filled with the best ways to get from A to B (and to C, D, E…). With their help, you’ll journey through the Philippines like a local—not a tourist. Why travel any other way? Learn more. 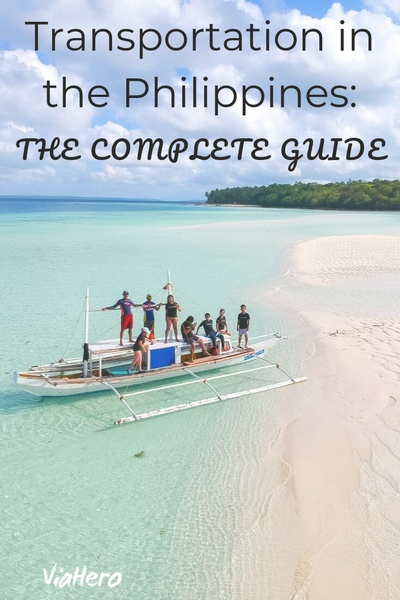 Still have questions about travel to The Philippines?
Why not ask someone who lives there? ViaHero connects you with a local to help plan your trip. They’ll create a guidebook based on your personal travel style.
You’ll see a unique side of a destination and travel independently—all while saving time and money in the planning process. Find a local today.