Transportation in Spain: What Travelers Need to Know 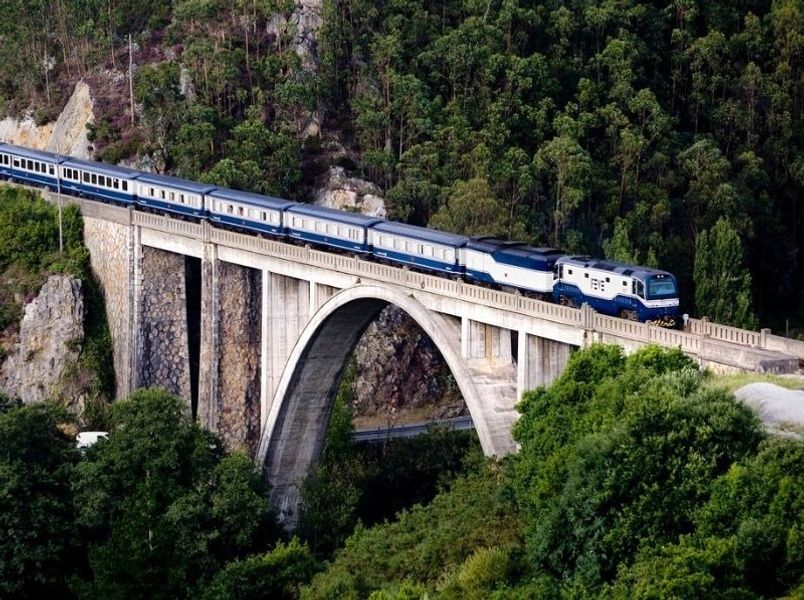 With some local input, we created this in-depth guide to transportation in Spain, from Renfe (the national rail system), to buses, metros, flights, rental cars, taxis, Uber, and more—including how to get to and from the country’s major airports.

Remember, American travelers over age 12 must still obtain a QR code through the Spanish government's Health Portal, or they can use an expediting service like iVisa which streamlines the process for a small fee.

Navigate with confidence with some local advice. Our trip planners are Spanish locals who will offer detailed transportation instructions *and* restaurant recs. Learn more.

Locals tell us that Renfe, Spain’s national train network, is quick, reliable, and affordable. It offers a variety of options including high-speed, regular, and suburban train lines.

Spain boasts more than 40 airports, and there are a number of low-cost airlines that run daily flights between many cities in Spain. Most flights are under two hours unless you are heading to the Canary Islands.

Coach buses are very popular (and comfortable) as well

There are tons of amazing towns throughout Spain that don’t have train stations—luckily, coach buses in Spain are widespread and much more comfortable and reliable than those in the US.

ALSA is the biggest bus company in Spain and has a reputation for great service. ALSA runs between major cities like Madrid, Barcelona, Bilbao, Valencia, and León as well as small towns in every region in the country. A trip from Barcelona to Madrid will take you about 8 hours non-stop and will cost about €24.

Rental cars are always an option, but there are some things to consider

Renting a car is a great way to get around Spain, but it has its drawbacks. If you come from a non-EU country, you’ll need an International Driver's Permit (which you can get through AAA).

There are metros in most major cities like Madrid, Barcelona, Seville, and Valencia. In Spain, metro tickets and passes let you travel on all types of public transportation, from city buses to suburban trains.

Spanish metros are known for their cleanliness and reliability. Though crime is very rare, locals say you should always be aware of your surroundings and be on the lookout for pickpockets—especially using the Madrid Metro (check out our article on safety in Spain for more info).

Here are some typical metro fares:

Local tip: If you’re staying in one of the big cities for a while, it’s worth getting a refillable metro pass.

Taxis vs. Uber: A turf war

Because of the uproar against Uber amongst Spanish taxi drivers, Uber has had an on-again, off-again relationship with Spain.

You can get an Uber in Madrid, but Barcelona has banned Uber from operating in the city. Currently, Lyft does not operate outside of the US and Canada, so rideshare app options are limited.

The best advice is to use a licensed taxi to get around. These can be hailed anywhere in major cities, though in smaller towns you will have to call them. Taxis in most major cities do accept cards.

To call a taxi to your location without the stress of finding and hailing one, try the MyTaxi app. It also eliminates cash-vs-credit issues since you pay with the app.

See Spain on a scooter

Renting a scooter to get around Spain may seem like a good idea, but you will need to have all your ducks in a row before hopping on a Vespa. Most significantly, you’ll need an international driver’s license and some experience riding a scooter or motorcycle. Additionally, you’ll be sharing the road with some pretty aggressive drivers, so be careful!

Getting to and from major airports

The Madrid airport is located in the district of Barajas and is 5.5 miles from Madrid’s financial district.

Barcelona’s airport, El Prat, is 8.5 miles southwest of the city.

Valencia’s airport is about 5 miles west of the city in the town of Manises.

Conclusion: Have a Spanish local help plan your trip.

Spain, like most of Europe, has a great public transportation system, but it’s not always easy for travelers to navigate (especially if they don’t speak fluent Spanish). Our advice: have a local help plan your trip.

They'll provide detailed transportation options that adhere to your budget. And that's not all! When you work with a local to plan your trip, they'll help you to see a side of their country that most tourists miss—that means you'll get to learn about locally beloved bars, restaurants, museums, and parks that don't make corporate guidebooks.

Work with a local to plan your trip. And for more on Spain travel, check out: 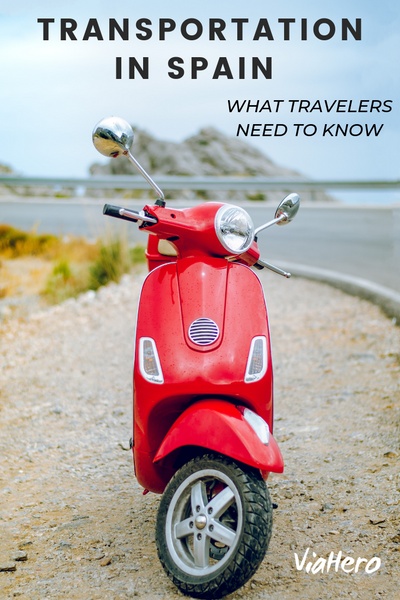