The 16 Best Things To Do in Spain According To Locals 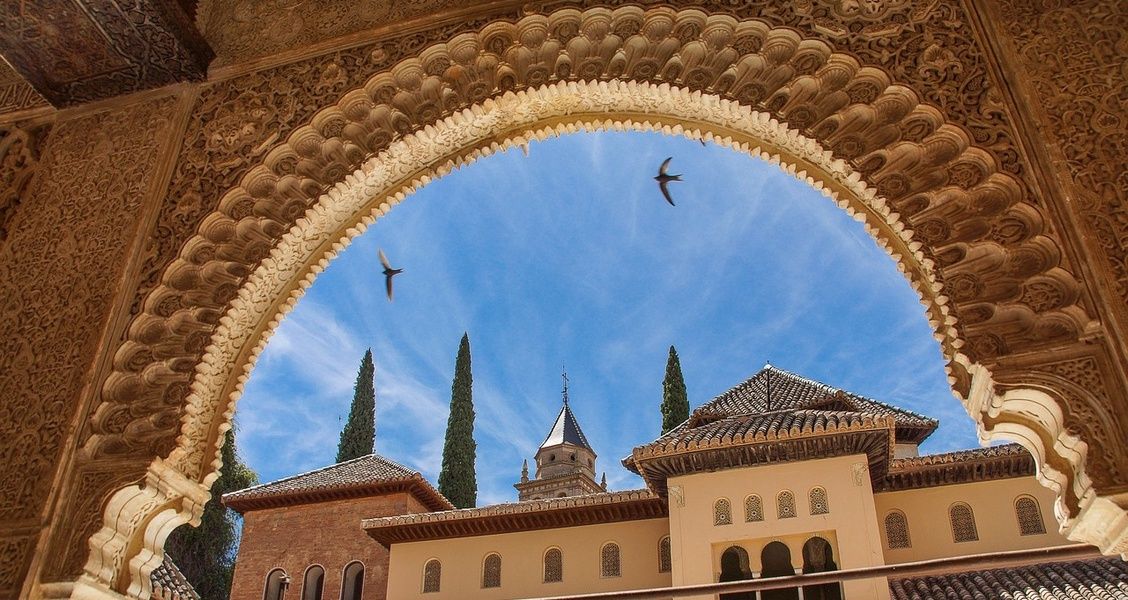 For even more things to do in Spain, connect with a local to plan your trip. Our locals in Spain will plan a safe trip away from the crowds—full of up-to-date info that you might not find online. Learn more.

#1: Go on a tapas crawl through Madrid

Obviously, in Spain you’re going to want to eat as many tapas—bite-sized samples of Spanish cuisine—as humanly possible. You'll find tapas throughout the country, but locals say Madrid is the place to do it!

They note that it’s hard to find a more Spanish experience than going out for tapas. You can bar hop from place to place, snacking on delicious bites that come with each beverage you order, and enjoying swigs of sangria until the sun comes up.

Local tip: Plaza Mayor, Madrid’s main square, is surrounded by some of the best bars in Madrid (as is the entire Sol neighborhood).

Love to travel? Check out Yesterday in Travel, a podcast sponsored by ViaHero. The show covers fascinating moments in travel history, including this story about Spain tourism:

You can download Yesterday in Travel on Apple Podcasts, Spotify, or wherever you listen to podcasts.

#2: Catch a Flamenco show in Seville

For a lively night you’ll never forget, catch a Flamenco show in Seville. The capital of Spain’s Andalusia region, Seville is the place in Spain to enjoy this dynamic art form.

Featuring song, dance, and guitar music, Flamenco developed over the centuries from the songs of Roma (gypsy) immigrants. You’ll find tons of places in Seville with awesome, authentic flamenco, like the oh-so-cool Casa del Flamenco. If you want to fit in with the locals, don’t forget to yell “ole!” at the end of each set.

#3: Marvel at the fantasy of Gaudí's Park Güell

Local tip: When you buy a ticket for Park Guell, you get an admission time. If you miss that time by more than 30 minutes, you will not be allowed entry.

Spain’s southern region of Andalusia is home to amazing history and stunning architecture. One of the most fascinating is the 10th-century Mezquita de Córdoba aka the Mosque-Cathedral of Córdoba.

Originally built as the city’s main mosque under Moorish rule, this UNESCO World Heritage Site became a cathedral after the Catholic Reconquista. Its 850 Moorish pillars — topped with candy-cane-striped double arches and later Gothic additions — will make you feel like you're wandering in a stunning forest. This symbol of the Islamic grandeur of Al-Andalus is beautiful and a delight to explore.

Local tip: if you climb to the top of the bell tower, you’ll get a fabulous view of the city of Córdoba.

#5: Party at an amazing Spanish festival

Spain has a tradition for amazing festivals, and you’ll find them all over the country year-round. Locals say that these are a few of the fun and lively festivals held every year:

You won’t find huge crowds in the medieval town of Cáceres. This off-the-beaten-path frontier town in the Extremadura region hugs the border with Portugal and has an amazing story to tell.

The Old Town’s unique architecture has Roman, Islamic, and Italian influences, all relics of the many cultures who’ve called Cáceres home over the centuries. It’s hard not to be awed by the walled city’s archways, palaces, and towers.

Cáceres was also the site of many battles between Moors and Christians during the Reconquista, so it’s no wonder why many of the King’s Landing scenes in Game of Thrones were shot here.

We firmly believe that all paella is delicious, but the paella in Valencia is out-of-this-world amazing. And it should be—Valencia is where paella comes from!

Locals suggest ordering paella Valenciana to taste the classic variety. Made with different meats like chicken, rabbit, or duck, and mixed with beans and sometimes snails, it’s a sensation for the senses you won’t soon forget.

No one knows paella like someone from Valencia, so be sure to ask a Valencian local for their favorite spots.

#8: Have a meal at the world's oldest restaurant

How would you like to have a meal where Goya was rumored to have washed dishes as a youth? That’s how old Botín is. It holds the Guinness World Record for the oldest restaurant in the world, as it was established in 1725 on Madrid’s Calle Cava Baja.

But enough about its history— it’s the food that’s kept Botín in business for nearly 400 years. Try their signature dish, whole suckling pig, stuffed with aromatics, doused with white wine, and then crisped in a wood-burning oven

Local tip: Ernest Hemingway invoked the restaurant in some of his most famous works: The Sun Also Rises and Death in the Afternoon. He often mentioned Botin's roast pig in his fiction.

The Camino de Santiago pilgrimage route follows in the footsteps of the Apostle St. James as he walked from France all the way across northern Spain. This soul-inspiring 500-mile-long pilgrimage trail starts in many places across Europe, but all paths end at the tomb of St. James (Santiago in Spanish) at the Cathedral of Santiago de Compostela.

Whether you hike one of the many majestic trails that crisscross Northern Spain or just visit the town of Santiago de Compostela for the day, this amazing journey may just be one of the most amazing experiences of your life—regardless of your religion or lack thereof.

#10: Take in amazing art at the Guggenheim Museum Bilbao

If you’ve ever seen the Walt Disney Concert Hall in Los Angeles or the Museum of Pop Culture in Seattle, then you’ll recognize Frank Gehry’s architectural genius at the stunning Guggenheim Museum Bilbao.

The beauty of the sleek, angled, silver building is second only to the amazing collection of modern and contemporary art masterpieces it contains within its wild walls. The museum is especially beautiful reflected off of Bilbao’s sweeping waterfront.

Another one of Gaudí’s works that takes center stage in Barcelona is La Sagrada Familia, the iconic basilica that’s been under construction since the late 1800s. This fantasy world of stunning stained glass, “melting” columns, and mind-bending designs echoes Gaudí’s notion that the divine and nature are inseparable.

This breathtaking Roman Catholic church is scheduled to become the tallest sacred site in Europe once it’s done (though who knows when that will be).

Local tip: Use caution in crowded places like La Sagrada, which draws tourists. Barcelona is safe but beware of pickpockets.

#12: Get lost in the Moorish Halls of La Alhambra

A trip to the hills of Granada will remind you of the impact that the Moors had in Iberia for 700 years. One of the most visible remnants of the Islamic influence on the Iberian Peninsula is the Alhambra Moorish fortress.

This palace and fortress complex protected the city's inhabitants from invasion by the Christians during the last of the Muslim dynasties in Spain. You’ll feel like you’ve traveled back in time as you stroll through Alhambra’s horseshoe-arched courtyards, beautiful gardens, and stunning arabesques.

Just a short drive from Madrid is Toledo, a unique city where diverse cultures have historically lived in harmony for centuries. One of the best ways to learn about the storied multicultural history of Toledo is to wander through its historic walled neighborhoods, home to monuments from Jewish, Muslim, and Christian cultures who lived together for hundreds of years.

One of the more fascinating parts of Toledo is the old Jewish quarter, with its narrow cobblestone streets and synagogue.

Local tip: Toledo is also famous for making the best swords and shields on the planet sostop by a steelsmith or three and check out their wares.

There’s no arguing that Spanish wines are among the best in the world, and the region of La Rioja is internationally known for vineyards that turn out some of the most sought-after bottles on the market.

If you head to the town of Haro (home of the world’s biggest wine fight—La Batalla del Vino) locals suggest taking a tour of Bodegas Muga. Bodegas Muga is not only a top-shelf winery but is also one of the few wineries that still makes their own barrels.

You’ll find a lot of incredible wineries in La Rioja (and some really touristy ones—so be sure to talk to a local for advice on which ones to visit). 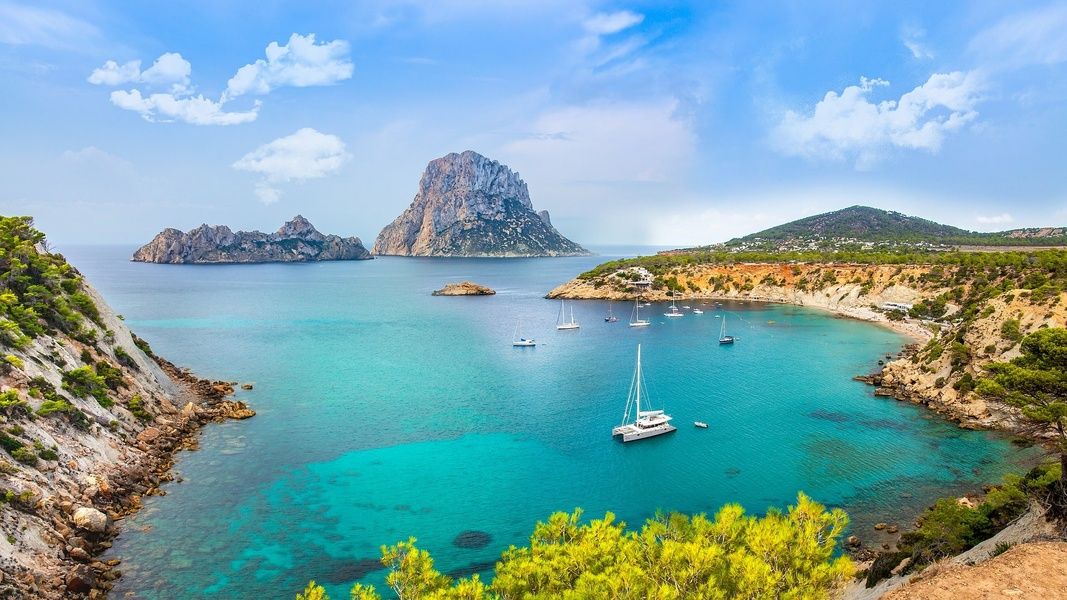 There’s much more to Ibiza that A-list celebs, glitz, and glam. Spend your days at the jaw-dropping beaches and take a tour of stunning whitewashed villages in Ibiza’s quiet rural interior.

Locals tell us that nature lovers will have a field day at Ses Salines, a huge wetland escape on the island’s southern coast. They suggest skipping the fancy overcrowded hotels and checking out the agroturismos—traditional farmhouses-turned-stylish rural hotels. There, the pace of life is slow and meals are homemade.

Local tip: Visit in October, when the summer crowds have left. Hotel prices are cheap and you might even get the beach to yourself.

#16: Catch a soccer match at Santiago Bernabeu or Camp Nou

You won’t find more passionate sports fans anywhere in the world than the Spanish—and their sport of choice is, of course, futból (soccer). The two biggest clubs in Spanish soccer are FC Barcelona and Real Madrid and they play their home matches at two of the most famed venues in Europe, Camp Nou and Estadio Santiago Bernabeu, respectively.

If you want to want to learn about the history of these iconic Spanish teams, both stadiums offer tours and have museums that pay tribute to their glorious histories.

But we agree with our locals in Spain. The best way to experience this slice of Spanish culture is by throwing on a jersey and catching a game.

This list is an excellent start, but you’ll find so many more things to do in Spain! For a trip that fits your travel style and budget, have a Spanish local design your itinerary. They’ll create a travel plan based on your curiosities and interests, plus they can help with logistics like booking tickets or simple translations. You could leave it up to chance—or you could have someone who actually lives in Spain let you in on the country’s secrets. 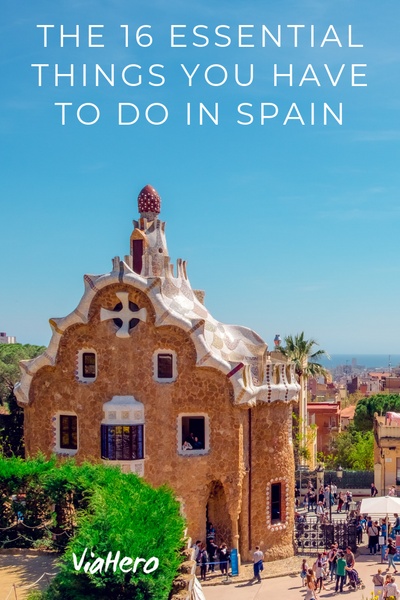