×
See London like a local. Work with a local to plan your trip.

Where to Stay in London: 14 Awesome Neighborhoods 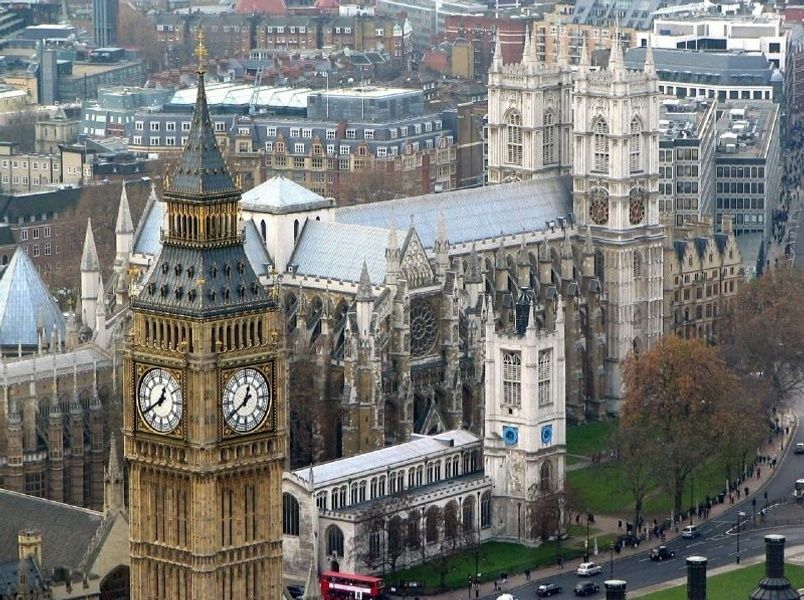 Wondering where to stay in London? Don’t fret—we know a thing or two about this dynamic city. Check out these 14 amazing neighborhoods to stay in London, complete with each area’s vibe, attractions, transportation options, upsides, and downsides.

Once you read up on these neighborhoods, make sure to have a London local help plan your trip. They can suggest neighborhoods and areas that’ll suit your style and interests—after all, no one knows London better than an actual Londoner! Learn more.

Let’s start with Mayfair, which is situated just east of Hyde Park in central London. If you want a place that feels British (aka old, charming, and sophisticated), then you’ll adore Mayfair. Mostly a residential neighborhood, Mayfair glitters with gorgeous Georgian architecture, houses a fair share of traditional pubs, and has and plenty of shopping options, especially if you’re into boutiques!

A ways south of the Thames, Brixton is a beautiful concoction of diversity and energy. Brixton goes big on shopping and restaurants, and it’s where you want to go to try all the multicultural cuisines London has to offer. In other words, when you want Mexican for dinner but Italian for dessert, go to Brixton!

Brixton is safe, lively, and known for its famous street market, Brixton Market—where you can buy everything from traditional Chinese medicine to Colombian handcrafts. Even if you’re not looking to buy anything, it makes for exciting window shopping.

Pro tip: With so many awesome dining choices in Brixton, definitely ask a Londoner to tell you about their favorite spots.

South Bank lies on the southern bank of the Thames river (duh) and is situated smack dab in central London. It’s well-serviced by the Waterloo Underground and train station, and you’ll find it to be a pretty quintessential mix of modern London and historic landmarks.

South Bank puts you close to some of the most popular attractions in London, like Big Ben and the London Eye, while also offering tons of new flare via the Tate Modern art museum and Southbank Centre Food Market. The culmination of old and new in South Bank attracts Londoners and travelers alike, making it quite an exciting place to stay.

Chelsea, a borough in southwest London, is an intriguing residential haven of high culture and history. It’ll dazzle you with beautiful Georgian architecture, red-coated soldiers at the Royal Hospital, and the gorgeous pastel-colored houses that line King’s Road. And once you’ve taken in the neighborhood to your heart's content, you can explore its high-end galleries, shopping, and world-class restaurants as well.

Pro tip: The neighborhood is also home to Premier League champions Chelsea FC. If you’re interested in catching a real English soccer game (and you should; they are crazy), connect with a London local for help buying your tickets and recs on who and what to cheer for.

While some neighborhoods in London lean heavily towards historic sites and cultural establishments, Shoreditch has more of a hip, trendy vibe. Here, you’ll find plenty of cafes, coworking spaces, local art, and other off-the-beaten-path things you wouldn’t normally associate with London.

It’s a bit out of the way in east London, and isn’t super convenient in terms of access to the Underground—so it’s definitely a place where getting a Londoner's help when planning your trip can be super helpful for figuring out bus routes around the neighborhood.

If you’re into music, consider staying in Camden. Camden is a bit of a hipster-turned-alternative neighborhood in the northern part of the city close to Regent’s Park. Its pride and joy is Camden Market, which is a great spot for foodies, craft beer connoisseurs, and silent disco enthusiasts. Camden is also one of the best places in London to catch some live music, no matter if you prefer traditional pubs like The World’s End or alternative clubs like the Electric Ballroom. If you want your stay in London to be loud (and so fun) Camden is ideal.

If you’re looking to stay somewhere with a calmer, more rustic vibe, consider Greenwich. This cozy, residential neighborhood is a bit further removed from the hustle and bustle of things way over in its southeast corner of the city, but thanks to its green spaces (especially in Greenwich park!), chill markets, and its location along the River Thames, it serves as a breath of fresh air in a busy metropolitan city like London.

Pro tip: Even though Greenwich is a bit further from central London than other neighborhoods, it’s well serviced by buses, boats, and the Tube. Connecting with a London local is a great way to relieve the stress of figuring out a new cities transit system!

Finding a balance between proximity to attractions and distance from the tourist scrum can be difficult—especially if you want to stay somewhere with a mix of landmarks and culture, Southwark, in south-central London (just over Blackfriars Bridge on the south bank of the Thames) toes that line to perfection.

It’s one of the closest neighborhoods if you’re flying in and out of Gatwick, and is well serviced by Underground stations on the northside of the neighborhood. Southwark brings the history of London alive thanks to its steady supply of old taverns and places like Shakespeare’s Globe Theatre.

The Soho neighborhood in west London is vibrant and exciting, and an all-around great, safe place to stay in terms of accessibility (the Piccadilly Circus Tube station is right on its southern edge). It also abounds with local pubs and proximity to some of London’s coolest sites. Besides the great shopping, dining, and nightlife here, crashing in Soho will put you near London’s Chinatown. Nothing beats some authentic dumplings after a day of exploring London, so definitely ask your local to recommend the best lunch places in the area.

Lambeth is the name of both a borough and a neighborhood in central London. The Lambeth neighborhood lies on the south bank of the Thames and feels like a well-kept garden. It’s a great spot to stay if you want something beautiful and residential that still sports a healthy dose of London pub culture. It has great views via the Lambeth bridge, as well as historic sites like Lambeth Palace, and when you’re done exploring museums in the area there’s no shortage of spots to grab a pint and a meat pie.

Covent Garden is found in west-central London and is certainly not the most residential neighborhood—in fact, it’s London’s main theater and entertainment area. That said, it somewhat makes up for it with cobblestone streets, fine dining, and tons of shopping options (especially for fashion outlets).

Covent Garden puts you right next to Trafalgar Square and also has the Piccadilly Tube Line running right through the middle of it, which is a godsend for getting out and exploring the rest of the city. Just be warned: if you stay in Covent Garden, you’re going to be in the thick of the tourist scene.

Prince Harry isn’t the only one with charm in London—the west London neighborhood of Notting Hill has its fair share as well! It’s a quaint mix of warm cafes, vintage boutiques, and colorful houses that make it a fun place to just wander around, drink coffee, and experience the best of London’s small businesses. The neighborhood’s main avenue, Portobello Road, is definitely where you’ll want to base your wandering from—just make sure to stop by Portobello Market to check out some of its antiques.

Pro tip: Yes, there are Notting Hill walking tours that you can take to retrace Julia Roberts’ and Hugh Grant’s steps from the eponymous film. Take them at your peril.

Just off the Piccadilly Line in central London is Earl’s Court, a lively residential neighborhood packed with Victorian houses, business people, and travelers. It’s safe and easily accessible thanks to the Tube station in its center, has tons of hostels and hotels to choose from (they say there’s one on every corner), but is a bit of a tourist trap for these same reasons.

The upside: staying in Earl’s Court means you’ll have a ton of pubs featuring live music to choose from—but if all else fails, make sure to duck into the historic cafe The Troubadour at least once!

Kensington is a safe, calm and affluent residential neighborhood in west London. Its real advantage is the steady supply of Underground stops and train stations it has to offer, as well as its proximity to Hyde Park and the maze of ponds, swans, and palaces you’ll find there. If the swans don’t do it for you, many of the best museums of London are located either in, or quite close to Kensington.

Pro tip: Love museums? Connect with a local to get the scoop on free entry days, special exhibits, or and help planning the ultimate London museum itinerary!

London is a big, diverse, vibrant city—just like its neighborhoods! Talk with a London trip planner for advice on where to stay in London. Not only will they give their recs, but they’ll design a custom itinerary based on your own unique interests and travel passions. You’ll feel at home as soon as you arrive. Have a question? Send us a message! 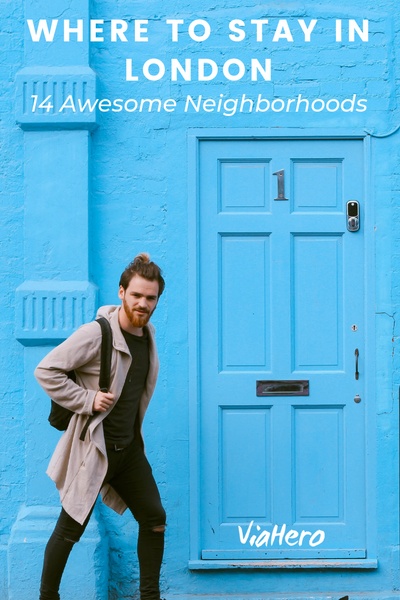