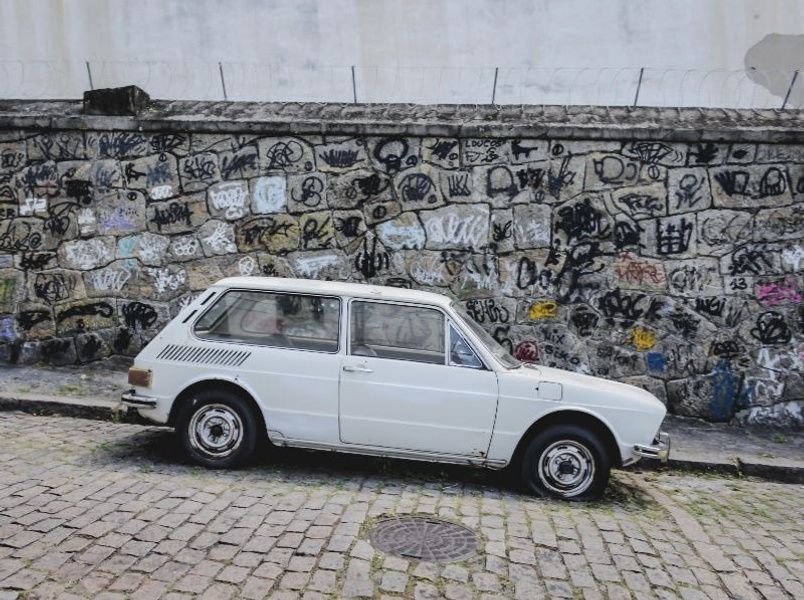 Rio de Janeiro is not the most difficult city in South America to navigate—but getting around any big city you’re not used to still takes some know-how. Luckily, we’ve got you covered with everything you need to know about transportation in Rio: how to get around using public transit, catching a taxi or Uber, or just hoofing it.

For even more transit tips connect with a Rio local. Not only can they suggest the best ways to get around Rio, but they’ll design an entire itinerary based on your interests and travel style—which means you’ll see the city like a local, not a tourist. Learn more.

Rio has a variety of transportation options

You’ll find that getting around Rio is a breeze! All you have to do is plan your route and choose the best type of transit based on where you’re going. Overall, you have a few options:

Much of Rio can be explored on foot

You'll find walking is easy and pleasant in the Santa Teresa, Centro, Lapa, and Zona Sul (South Zone) neighborhoods—which also happen to be home to beaches like Copacabana and Ipanema. Aside from beaches, this area is packed with great art galleries, shops, restaurants, and museums. So basically, lots of cool stuff you can see on foot.

Pro tip: If you’re staying elsewhere, you’ll have to hop on a taxi, bus, or subway to reach this area—but the trip is worth it.

City taxis, or amarelinhos (yellow with a blue stripe), are abundant, easy to flag down, and have a standard meter rate regulated by the city. You can also order a taxi using apps like 99Taxis or EasyTaxi. Make sure you check the route and fare before you agree to the ride. Depending on the time of day, destination, and route, rates can range from R$10 ($2.50 USD) to R$50 ($12 USD).

Pro tip: Most Brazilian taxi drivers do not speak English, so make sure to write down your destination's address to prevent confusion. Better yet, have a Rio local help you navigate the city like a pro.

There are also several private hire taxi services (called radio taxis) in Rio. You can use your phone to order these too, using services like Coopertramo or Cootramo. They are pricier than city cabs—but also more comfortable and convenient.

Uber is alive and well in Rio

Yes, Uber exists in Rio! An Uber will cost you a bit more than a taxi, but Uber cars and drivers have higher standards and are generally more reliable than yellow cabs.

The Rio Metro is cheap, clean, safe, and easy to navigate

Rio’s subway system, MetroRio, is the most reliable public transportation method in Rio de Janeiro—especially during rush hour. Even though the metro gets crowded, it can be much faster than taking regular buses or even a taxi at certain times (ask a Rio local about the worst times for traffic!). Single train tickets cost R$3.70 ($1 USD) and expire two days after purchase. Get a prepaid fare card (at the station or online) if you plan to get around using the metro.

Pro tip: If you are traveling to spots like Jardim Botânico, you’ll need a combo ticket with a bus-metro transfer, as the metro lines are limited.

City buses are really cheap, but don’t use them at night

There are two types of city buses that run in Rio: Bus Rapid Transit (BRT) and city buses.

These are buses that travel along dedicated corridors (for traffic purposes) and are an excellent alternative to other forms of public transit. The BRT system has limited route options, though, so you may have to transfer to the metro or take a taxi/Uber to get to popular spots in Zona Sul. The BRT runs 24/7, and the cost is R$3.40 ($.80 USD) for a ticket.

Rio's city buses are cheap, with fares starting at R$2.40 ($.59 USD). Because of crime risks, though, you shouldn’t take a city bus at night. Here are the basics:

The SuperVia is Rio’s train system. It connects downtown (Centro) with neighborhoods in the north, east, and west of the city. The train has limited routes so you’ll have to get a taxi/Uber to Zona Sul. Fares are R$4.6 ($1.50 USD) for a train ticket and R$8.55 ($2.10 USD) for a combo ticket that’s good for the train, metro, or city bus.

You could rent a car… but we wouldn’t recommend it

Rental cars are easy to reserve, but beware—driving in Rio is not for the faint of heart. Road signs are sparse, traffic is congested, and drivers (especially taxi cab drivers) are quite aggressive. Parking may also be challenging—tough to find and costly. The Brazilian rental car company Localiza, rents cars at the airport as does Hertz and Thrifty. Daily rates run from R$80 ($20 USD) to R$120 ($30 USD).

Pro tip: Use Bus #2018 because it picks up and drops off passengers at various hotels in the Zona Sul, including Ipanema and Copacabana—just write the address down ahead of time for the driver.

Now that you know a thing or two transportation in Rio de Janeiro, you’re all set to take on the “Marvelous City.” But to navigate Rio like a pro, connect with a local to design an immersive itinerary that caters to *your* interests—they’ll even throw in their best transportation tips! With their help, you’ll journey around Rio like a local—not a tourist. Why travel any other way? Learn more. 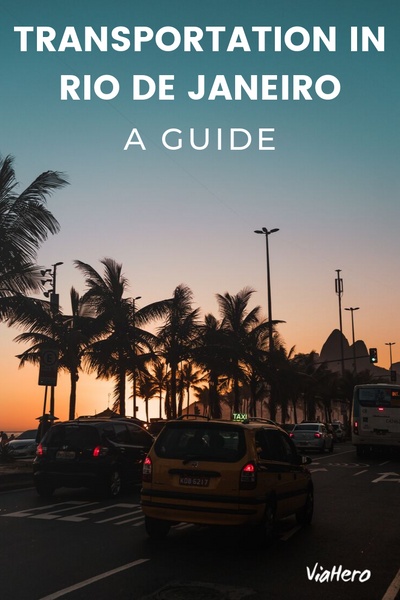