Why You Need to Stop Wondering "Is Cuba Safe?" 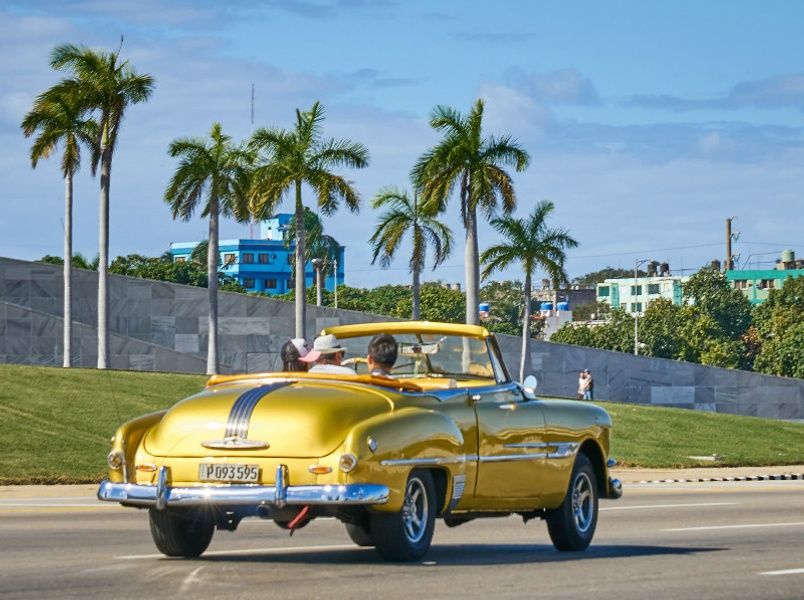 Is Cuba safe? Generally, the answer is yes. Here's what you need to know about safety in Cuba in the age of coronavirus.

Cuba is one of the best-vaccinated countries in the world with more than 88% of the population fully vaccinated. The country also boasts a successful contact tracing program. But there are still cases of COVID-19 in Cuba and some precautions visitors must take.

Proof of vaccination is not required for travel to Cuba.

Pre-travel COVID-19 tests are not required.

All travelers must complete the online health information form prior to travel.

COVID tests are given randomly at the airport. Anyone who tests positive will be escorted to a government-approved facility for quarantine and medical treatment.

Temperature screenings are completed on arrival at the airport.

Face masks are required in healthcare settings and on public transportation.

Pharmacies in Cuba are not as well-stocked as those in the US. Bring supplies like pain relievers, fever reducers, cough drops, and a thermometer with you in case you get sick.

Read on to learn more about safety in Cuba.

Pickpockets and scams are the most common safety issue

A few other things to keep in mind about theft and scams: 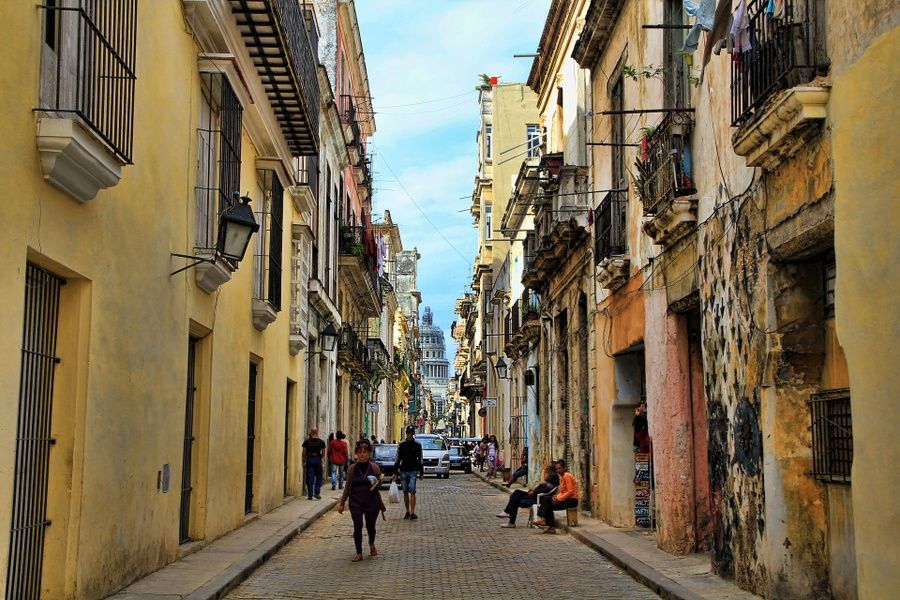 Violent attacks like shootings and murders are extremely rare in Cuba due to a combination of universal basic income and extremely harsh punishments. Muggers sometimes (but rarely) carry knives; if you're robbed, just give up your valuables. But again, muggings and robberies are not very common.

Cuba was hit hard by Hurricane Irma back in 2017, but has since completely recovered. It’s been safe to travel to places like Havana, Viñales, Baracoa, Santiago de Cuba, and Trinidad for over a year now.

American and Canadian diplomats and government officials on assignment in Cuba claimed to be experiencing hearing loss, fatigue, headaches, and other symptoms between 2016 and 2017.

American officials claimed that these symptoms were the result of targeted sonic attacks. But it is still unclear what the precise cause of symptoms is and who is behind the attacks.

The State Department issued a Cuba travel warning and the staff at the U.S. embassy was been reduced so that it only provided emergency services.

As of 2019, many speculate that these symptoms were not caused by a "sonic attack", but rather by crickets.

Either way, there were no reports of US travelers experiencing any symptoms.

Healthcare for travelers is required in Cuba

If you’re worried about getting sick or injured in Cuba, don’t worry about it any more than you would if you were staying home. Everyone visiting Cuba is required to have health insurance that is valid in Cuba. You’ll need to purchase it at the airport upon arrival before passing through customs. It costs about $4 per day.

Cuban health insurance for foreigners varies depending on the policy you choose, but most policies cover:

Your Cuban health insurance likely will not cover of pre-existing conditions such as diabetes or Crohn’s disease.

If you need to use your health insurance, take comfort in the fact that Cuba has one of the best healthcare systems in the world.

The World Health Organization continually praises the expertise of Cuban medical teams and the emphasis on research in the Cuban healthcare system. For example, the infant mortality rate is among the lowest in the world (and lower than in the US). Cuban doctors and medical staff are also one of Cuba’s greatest exports; medical personnel trained in Cuba provide care throughout Latin America and Africa. The medical staff you’ll meet in Cuba will take good care of you if you need them.

Cuba is INCREDIBLE for families

Cuba is a wonderful destination for a memorable (and educational) family trip. If you want to teach your children about other cultures, history, and conflict/peace between nations, an international trip is a great idea. Cuba is a safe destination for families and chock full of once-in-a-lifetime experiences. Cubans love children, and activities as simple as playing with your kids at the park or going for ice cream can spark conversations with local families. For more ideas on what to do with your kids in Cuba, check out this guide on how to plan a family trip to Cuba.

Cuba is a safe destination for solo female travelers, but you will stand out. You’ll get catcalled. People will ask why you’re alone. But generally, people are just being friendly and if you ignore them or answer questions with a firm “no,” they will leave you alone.

A few things you can do for added security:

In general, locals are excited to meet the American people. They understand all too well the disconnect between the opinions and attitudes of the general population and the actions of the government. They tend not to judge visitors by the actions of the federal government in the U.S. Instead, they are curious about American culture. 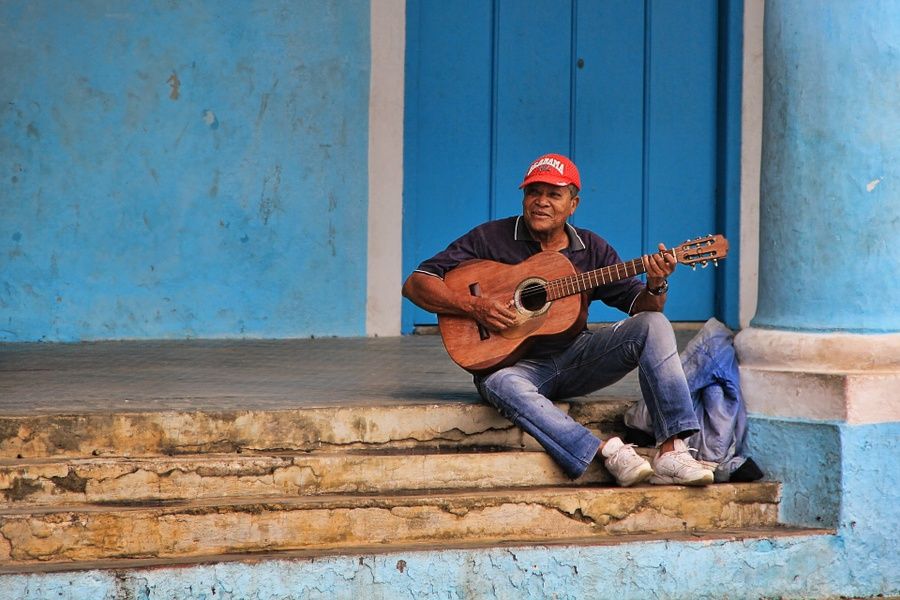 The weather is fantastic (except when a hits, obviously)

The only common natural disaster you need to watch out for in Cuba is hurricanes. The good news is, hurricanes generally occur only during hurricane season, which runs from June to November. The rest of the year, you shouldn’t have to worry about them; that means you can easily plan a trip outside of hurricane season.

Cuba is also in an active area for earthquakes, but most are so small they go unnoticed by locals and travelers alike.

Bottled water is readily available (don't drink from the tap!)

When in Cuba, avoid the tap water. Even locals boil water before drinking it, whether it comes from the tap or it’s stored in a nearby cistern because some still lack running water. Some tap water is safe and well-treated, but some . Better safe than sorry, don’t risk just drinking it without treatment.

Purchase bottled water and make sure it is sealed properly. Or, bring your own water purifying water bottle.

When it comes to food in Cuba, use the same common sense you would anywhere else. Make sure items are hot, the place is clean, and there are local customers eating there.

Be aware of road conditions and driving tips

Roads are poorly maintained, poorly lit at night, and train tracks are poorly marked and often look overgrown but are still in use. There are inconsistent road signs as well. This all means that driving in Cuba is something you need to undertake with caution. Follow the tips in this detailed guide from a recent traveler to Cuba and you should be fine. Just don’t expect it to be like driving in the U.S.

Important: If you’re traveling with kids, bring your own car seat.

Zika is uncommon in Cuba

The CDC posts the Zika risk in Cuba at alert level 2 “Practice Enhanced Precautions,” but it is unlikely that you will contract Zika in Cuba. Very few cases of Zika were ever reported in Cuba and the virus was well-contained. Do what you can to prevent mosquito bites and if you are pregnant, talk to your doctor before traveling to Cuba.

Bottom line: Use the same precautions here that you would when traveling to another foreign country or major city.

Emergency numbers everyone should know

If you are the victim of a crime or you get sick, these are the phone numbers to call for help.

For more on travel to Cuba, check out: 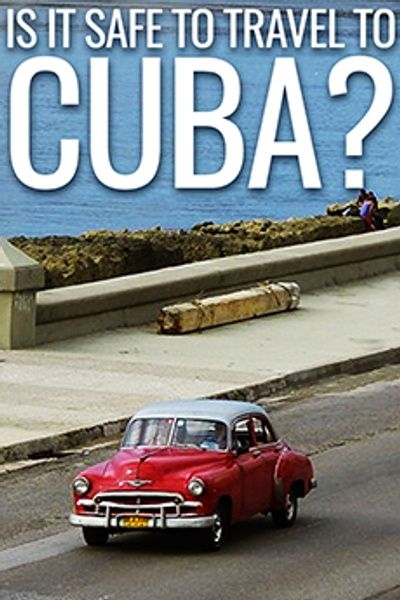