10 Awesome Things to Do in Nagoya 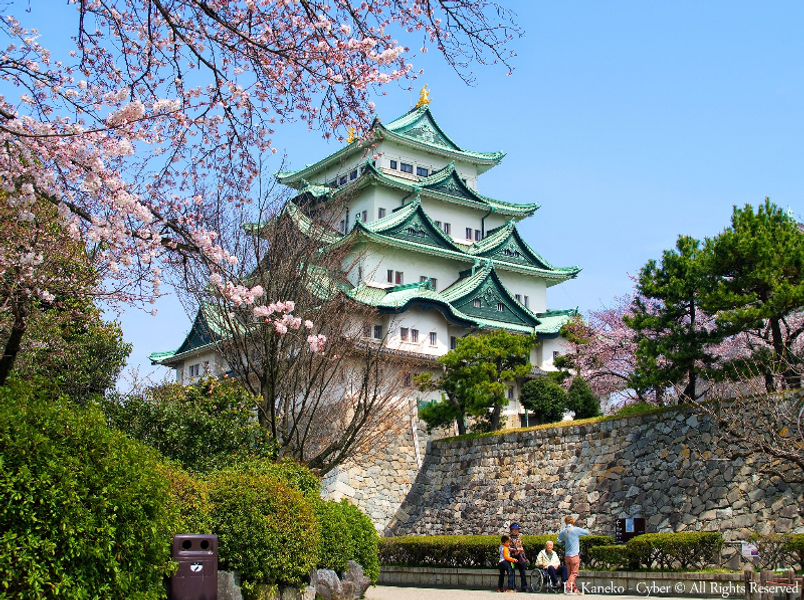 A true hidden gem, Nagoya is packed with incredible things to do. To make sure you have the ultimate Nagoya experience, we’ve got the inside scoop on the top 10 things to do in this popping city. From sacred swords to gambling, Nagoya has something for everyone. Any questions after reading? Send us a message!

Want to explore Japan differently? Have a local your trip.

#1: See the Sword of the Sun Goddess at Atsuta- 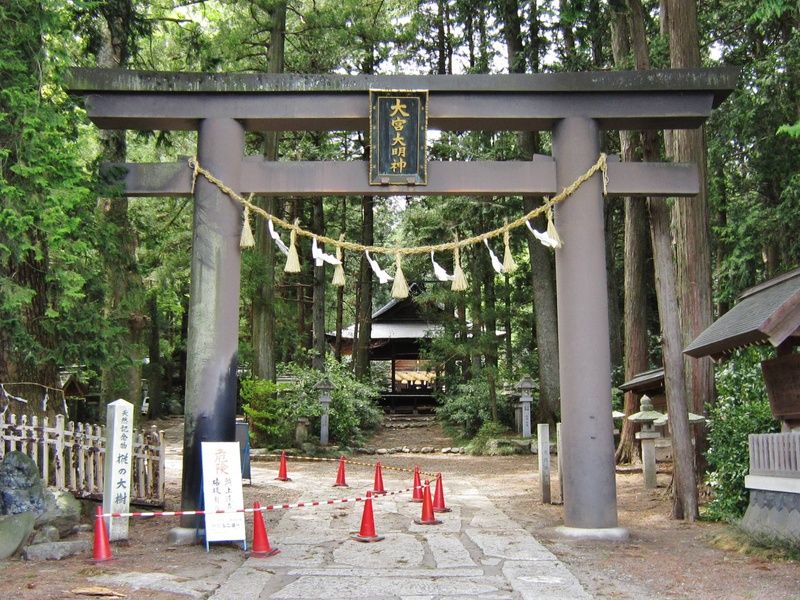 Japan’s 2nd-largest Shinto shrine, Atsuta- is nearly 2,000 years old and houses Japan's national sacred sword (because of course Japan has one of those). If you’re wondering what to do in Japan that’s historical, badass, and gorgeous all at the same time, you’ve found the place—who wouldn’t want to visit a massive shrine that houses a sword given to the emperor by Sun Goddess Amaterasu?

#2: Explore the depths of Nagoya Castle 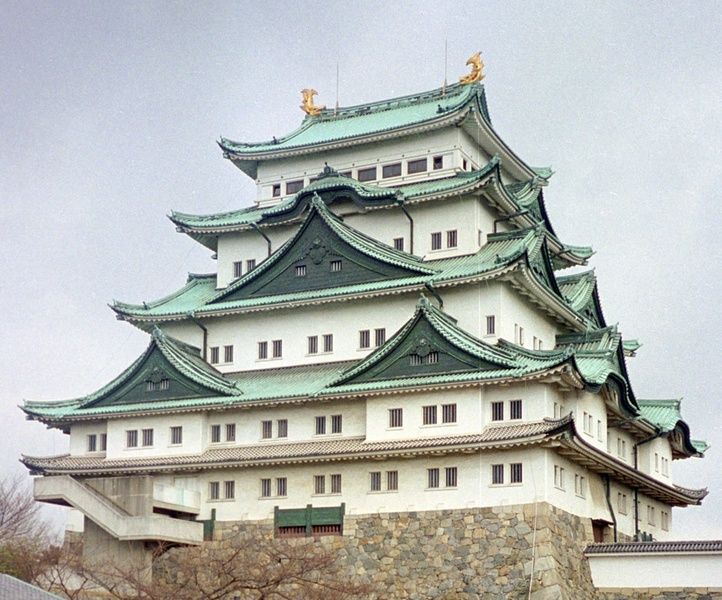 With its white-and-green turrets and stone moats, the formidable Nagoya Castle is definitely a must-do in Japan. The castle functioned as the seat of the Tokugawa Shogunate and was the Japanese army’s HQ in World War II. Since entry to Nagoya Castle only costs 500 yen, what are you waiting for?

Pro tip: Parts of Nagoya Castle are still being renovated, so some sections (like the castle’s central keep) will be closed for a few years—be sure to ask your Hero about renovation schedules.

#3: Gamble away at the pachinko parlors 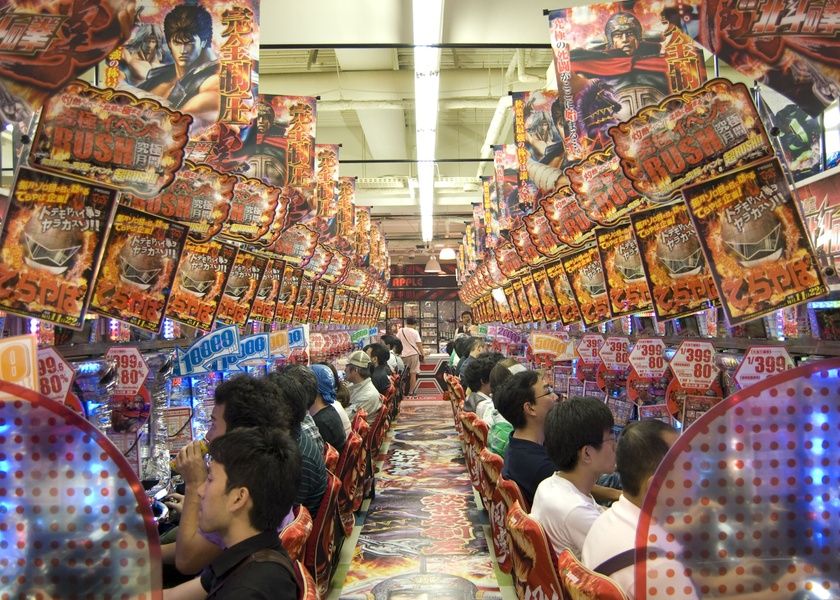 Pachinko is basically a pinball-slot machine hybrid for grown-ups, but the rainbow flashing lights, cute characters, and adrenaline rushes will make you feel like a kid. Since Nagoya is the birthplace of pachinko, there’s no way you can pass up a chance at gambling glory—bring your yen coins and let the games begin!

#4: Soak up the Sakae District 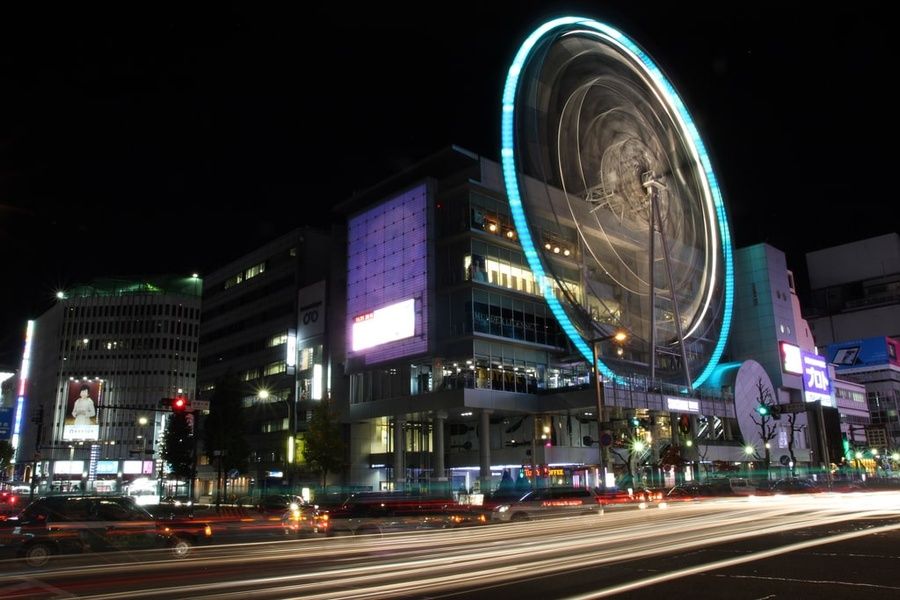 Pro tip: Oddly enough, Nagoya is actually a hotspot for bossa nova or Brazilian jazz—who knew? Well, now you do, so you have no excuse to miss the popping Latin dance nights at spots like Bar Sao Luis. 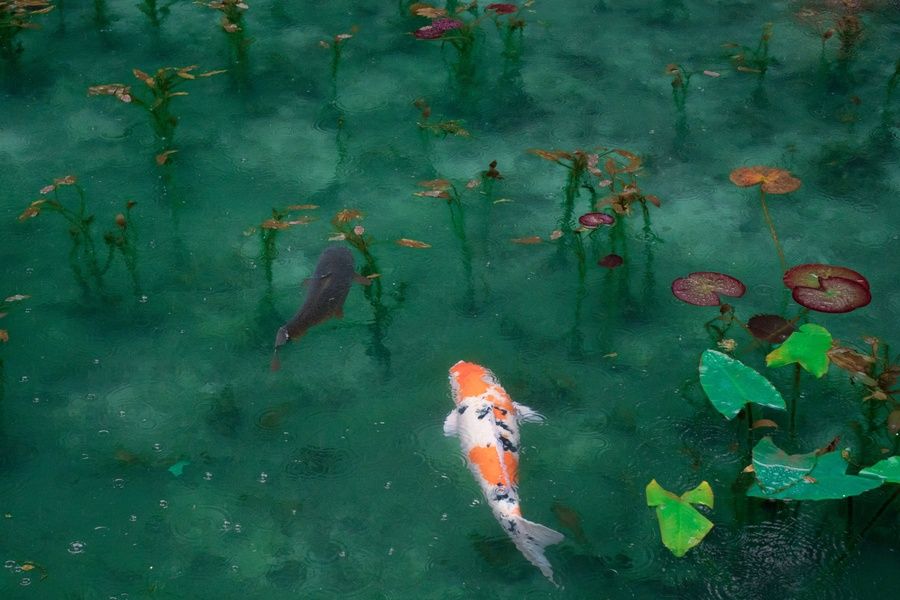 Straight out of a Japanese fairytale, Shirotori Park is actually built on top of a network of ponds, with pathways and bridges stretching across the water. From the air, the park looks like a swan in flight, with an elegant tea room at the swan’s heart. What really makes this park a Japan must-do is its nighttime view—when the park’s lights cast gorgeous reflections on the ponds.

#6: Kick back at the “floating” planetarium 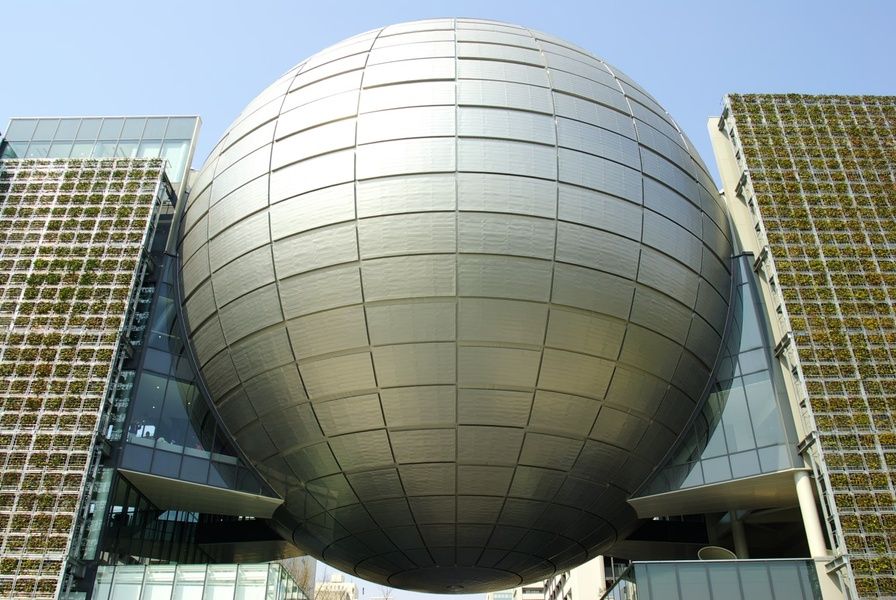 Suspended between two towers, the Nagoya City Science Museum only proves that our love of space and the stars universal. The amazing planetarium presentation is in Japanese but is pretty easy to follow with the stunning graphics that really make you feel like you’re traveling through outer space.

Pro tip: Good news for traveling Japan on a budget—tickets are only 400 yen for the planetarium! 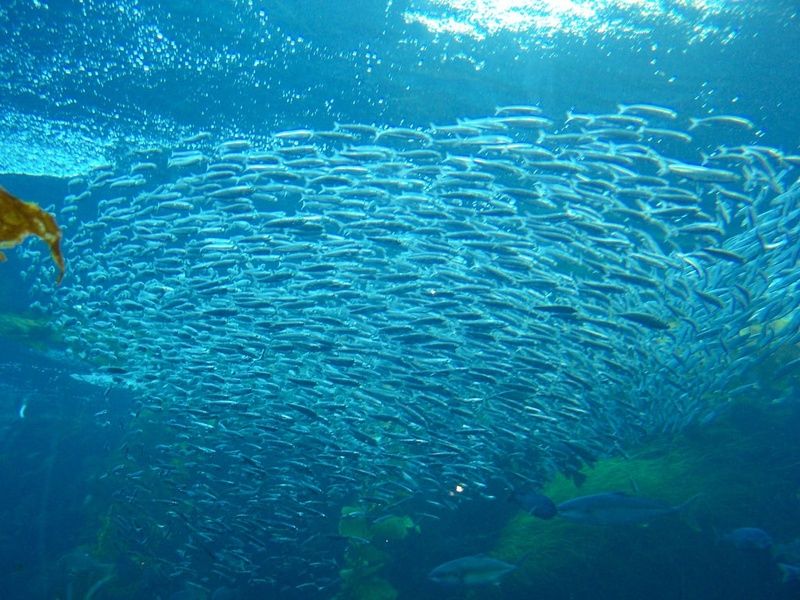 Home to sea turtles and creepy crawlies, the coolest part of the Nagoya Public Aquarium is by far the “sardine tornado,” when thousands of sardines swim into a frenzied fishy tornado! As a bonus, the aquarium’s mission is to encourage environmental awareness and sustainability.

Pro tip: Build your Japan itinerary with special dates in mind—like many of Japan’s coolest spots, the Public Aquarium is closed on Mondays and Japanese holidays like Obon. 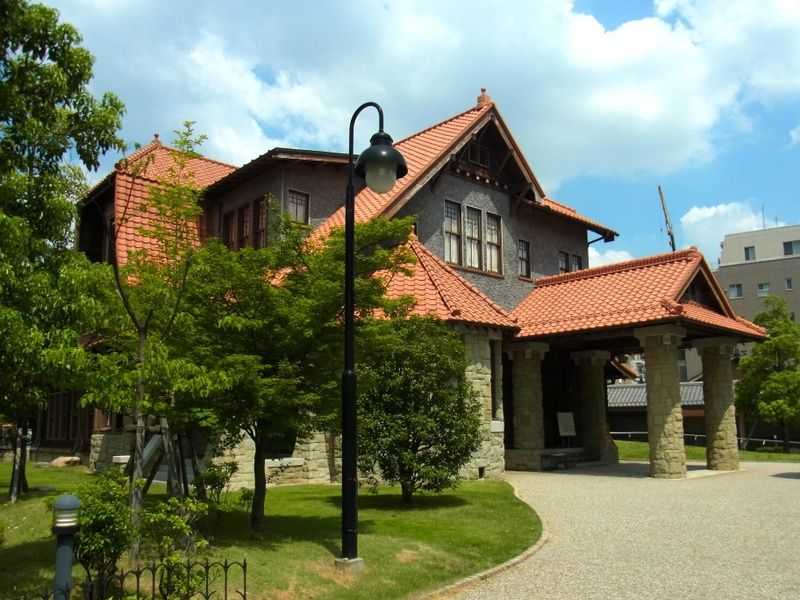 An eccentric blend of English and Japanese architecture, the Futaba Museum was originally built as a mansion for an actress and her industrialist (mobster?) husband in the 1900s. Since her husband was Nagoya’s “king of electric power,” the couple spared no expense in creating this era’s most high-tech home, which is now a part of Nagoya’s Cultural Path.

Pro tip: Ask a Hero how to arrange tours of the Futaba Museum in English—planning ahead is the name of the game in exploring Nagoya.

#9: Go “back to the future” at the JR Central Towers 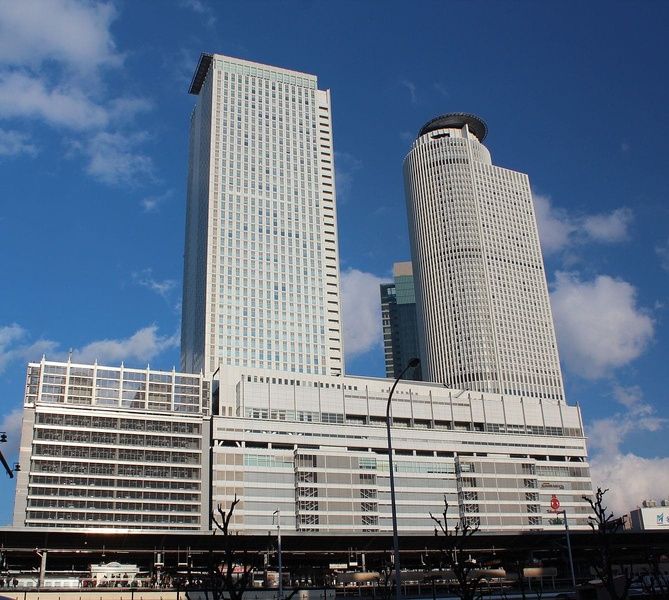 Probably the easiest spot to find in Nagoya, the JR Central Towers loom above Nagoya Station, giving visitors an aerial view of Nagoya’s urban sprawl. If you live the bougie life and travel Japan in luxury, stay at the panoramic hotel on the top of the towers, (a Japan must-do for the books). 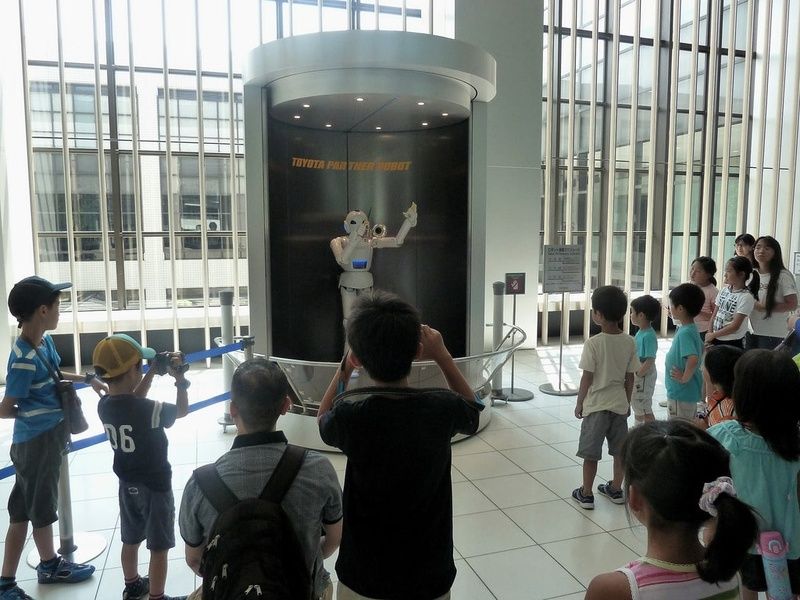 Out of all the things to do in Japan, the Toyota Kaikan Museum is the #1 spot for violin-playing robots and the latest-and-greatest Toyota cars. With kid-friendly exhibits, tours of the Toyota plant, and free Segway rides, you’ll easily spend a day here and feel like you’ve only visited a few minutes. Since people come from far and wide to visit, you’re going to have your Hero book your tickets way in advance.

Nightlife, sardine tornadoes, interplanetary travel, and sacred swords aren’t even the tip of the iceberg when it comes to awesome things to do in Nagoya. While you’re getting some insider tips on navigating Nagoya, check into these Japan travel essentials: 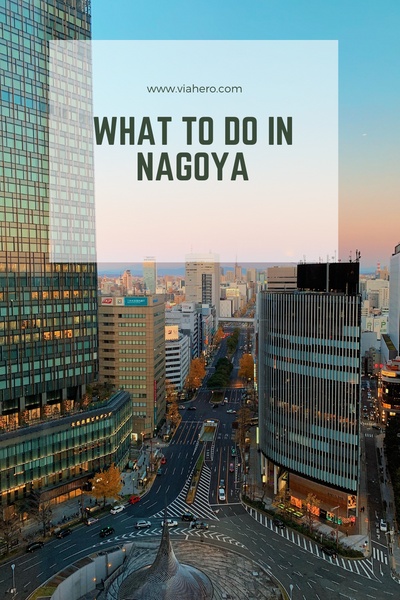